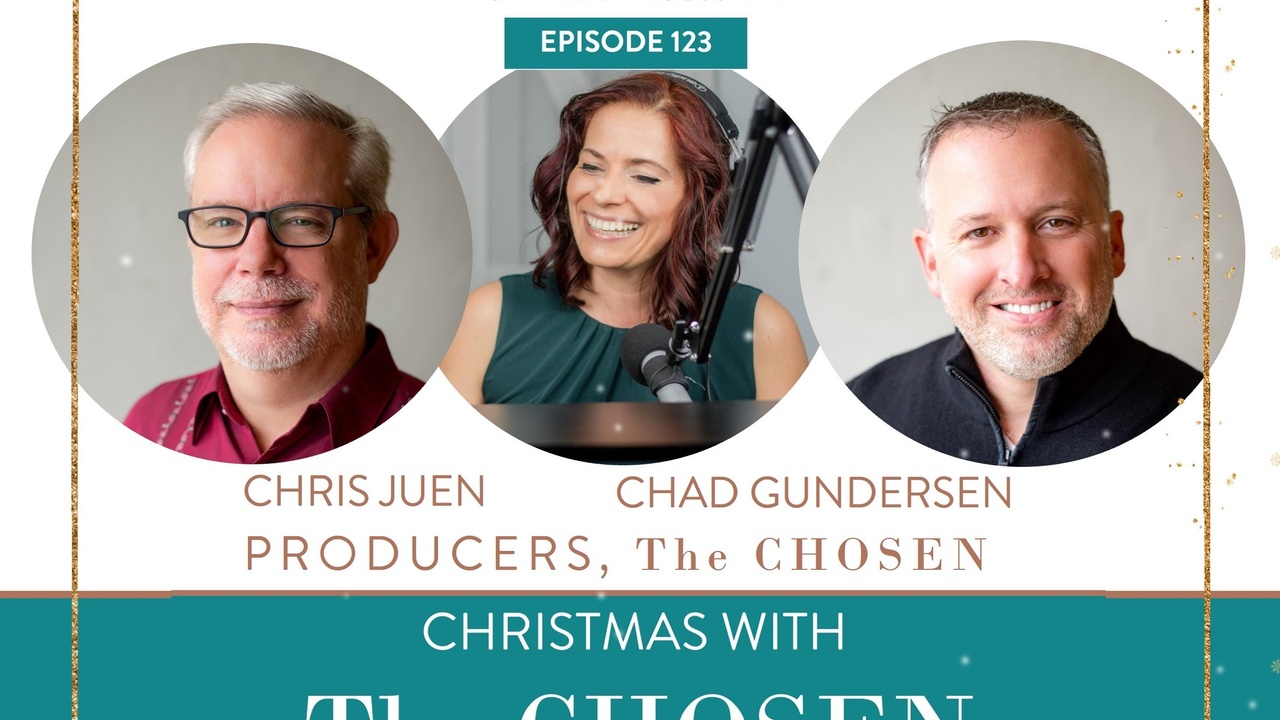 The Chosen | with producers Chad Gundersen and Chris Juen

A Gospel Spice Christmas gift for you

Episode 123 – The Chosen is with us again today! This special episode is one of our Christmas 2021 Gospel Spice gifts to you 🙂

Chad Gundersen and Chris Juen, Producers for The Chosen and owners of Out of Order Studios, join Stephanie for an exclusive conversation to talk about all things The Chosen Christmas, and so much more! With great humility and passion, they both describe themselves as the ones who come alongside Dallas Jenkins to make his vision come true—and today, they tell us how they do that, every day! So, join us today to experience The Chosen from the inside!

We start the conversation with “The Messengers,” the special Christmas with the Chosen movie, and then take it further and deeper. You will hear unique insights into the making of the show, the behind-the-scenes of how relationships with actors, fans, and the team grow and evolve over time.

Chad tells us about the philosophy behind The Chosen – the desire to serve the fans and the audience by providing a Christ-centered experience. He vulnerably shares “One of my biggest prayers is, 'Lord don’t let me mess this up.'” How we at Gospel Spice can relate to this!

Chris shares how the entire team consistently yields to the Lord’s guidance and direction: “we have a very loose hold on our plans, and time after time after time, His plans are so much better… and almost unachievable.”

Stephanie loves both men’s passion for Christ, so representative of the spirit of The Chosen. They also go personal, and tell us about their wives’ roles, and how it is a family and team effort that requires much sacrifice, too. The Chosen is the real deal, and Gospel Spice fully loves all things The Chosen!

MEET THE PRODUCERS OF THE CHOSEN

For the last 25 years Chris Juen has been involved in many studio tent pole films for both Visual Effects and Animation while working at Sony Pictures.  In 2004, after playing a key role on Robert Zemeckis's Polar Express, he made the jump from Live Action to CG Animation. He played a crucial role in helping to setup the new Sony Pictures Animation Division.  While at Sony his credits included Co-Producer on hits like Cloudy with a Chance of Meatballs, Cloudy with a Chance of Meatballs 2 and Arthur Christmas, as well as Digital Producer of the animated films Surf's Up and The Polar Express. Juen is also credited as the Visual Effects Producer on Beowulf and a Visual Effects Producer on The Lord of the Rings: The Two Towers.  In 2015, along with producer Chad Gundersen, Chris started Out of Order Studios, where they have produced numerous TV shows, animated projects and feature films, including the ground-breaking TV series, The Chosen.

Chad Gundersen’s producing career began over 25 years ago while in college at the University of North Texas. While there, Chad co-founded Night & Day Films in 2000 and made numerous award winning commercials, music videos and short films. Going out on his own in 2006, Chad started Gundersen Entertainment where he worked alongside studios like 20th Century Fox, Lionsgate and Sony to produce multiple life-changing films. Some of his more notable projects include Like Dandelion Dust starring Academy Award Winner Mira Sorvino and Barry Pepper, The Trial starring Matthew Modine, Hoovey starring Patrick Warburton and Lauren Holly, as well as the children’s animated series, Owlegories.  In 2015, along with producer Chris Juen, Chad started Out of Order Studios, where they have produced numerous TV shows, animated projects and feature films, including the ground-breaking TV series, The Chosen.

SPECIAL CHRISTMAS GIFT TO YOU!! "A Gospel Spice Christmas" is a five-day devotional and reading plan available exclusively on YouVersion / the Bible App.

Do you long for fresh spices to flavor your spiritual experience of the Incarnation of Christ? Are you tired of stale clichés that taste like microwaved Christmas dinner leftovers? Are you hungry for an explosion of fresh flavors in your Christmas devotions? Experience a Gospel Spice Christmas alongside the shepherds, and discover how to make your life a daily nativity scene where Christ can be born in ever-deepening ways.

Click here or go to your YouVersion Bible App on your phone, and search "Gospel Spice." It is our gift to you! Enjoy!

Did you know that this show is completely free because of listeners just like you who pay the show forward, so that it is free for you? We do not want to add paid advertisements because we believe that your time is precious. So, would you consider joining the Gospel Spice family by paying Gospel Spice forward? Because we are a registered non-profit organization, your donation is 100% tax-deductible (in the USA). Contact us for monthly payments, or donate by Credit Card or via PayPal.

We invite you to join us to reach even more than the 125 countries we currently serve, and the thousands upon thousands who enjoy the Gospel Spice podcast.

The Gospel Spice Podcast is part of a larger range of tools brought to you by Gospel Spice Ministries. The Gospel Spice Ministries exist to inspire Christ-followers in our generation to delight in the glory of God by knowing and experiencing Jesus more intimately. We provide resources to empower Christian leaders across generational, social, ethnic and geographical boundaries towards more intimacy with Jesus Christ and discipleship effectiveness through a Biblical Christocentric foundation. The Gospel-Spice Ministries provide a safe environment for spiritual and community growth empowering people to know Christ more intimately, serve one another more powerfully, and reach the world for Jesus. 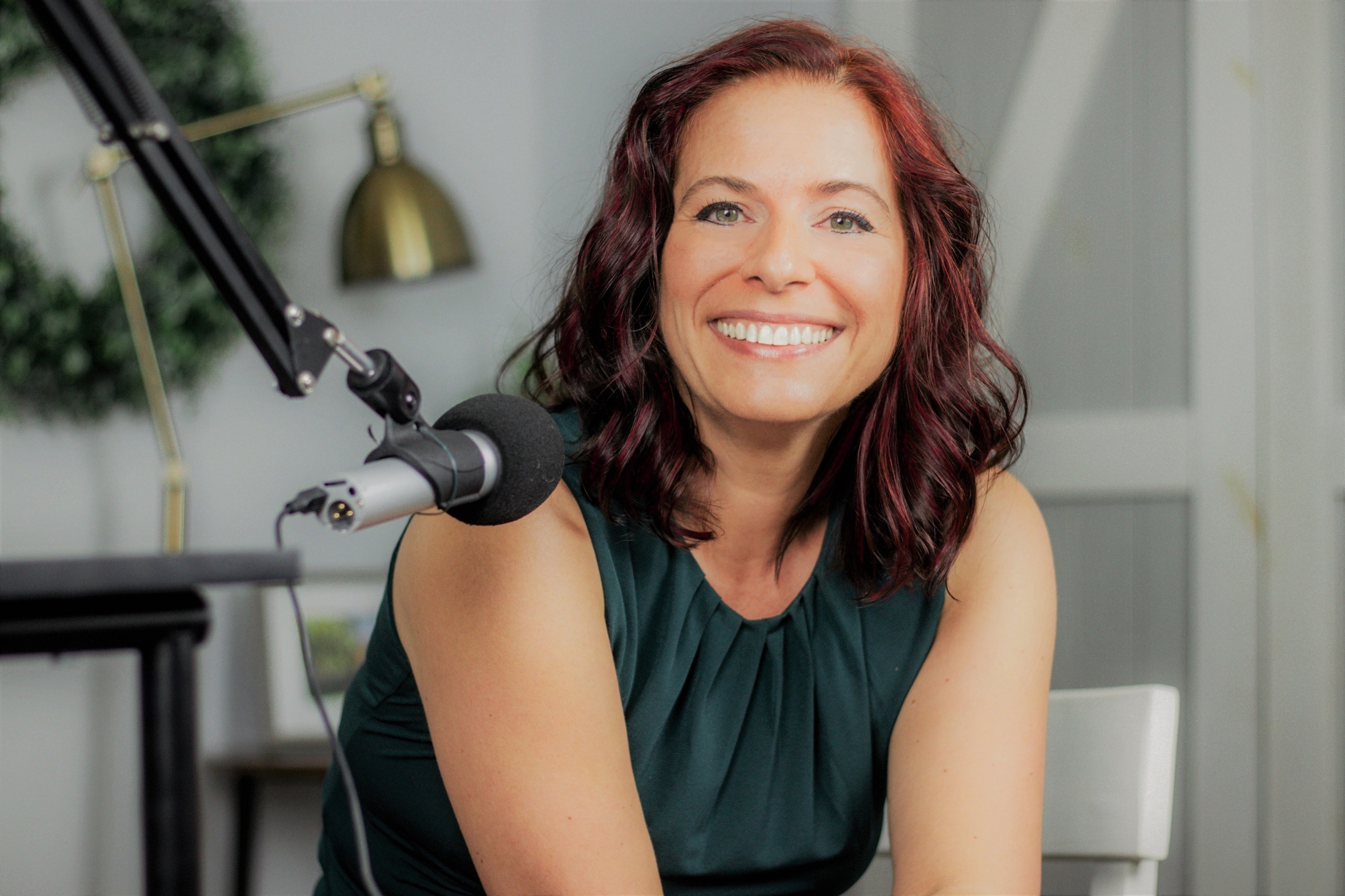